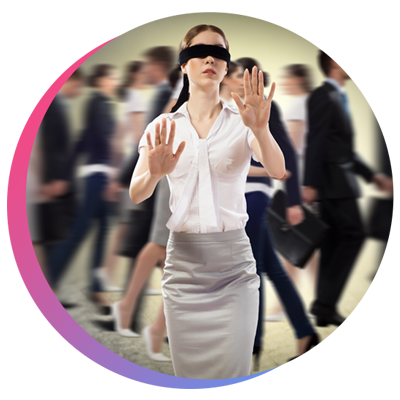 Have you ever been lost? So lost that you feared you may never find your destination? I recently attended a conference in Portland. I drove each morning from my brother’s house in SE Portland to the Jantzen Beach area for the meetings. The first morning, I left early, giving myself time with the morning traffic. Which was a good plan as I had to creep along in rush-hour traffic. Almost to the conference location, I began feeling proud of myself for my seldom-used-skills in heavy traffic. I was even patting myself on the back for remembering that the Hooters restaurant was the exit before the one I needed…or was it?

Then I saw my destination below me, at the end of the exit ramp that I failed to take. After crossing the Columbia River and circling through downtown Vancouver, I was again on I-5, this time headed south. At 8:30 AM southbound traffic into Portland was at a near stand-still. I knew where my destination was – just across the river. Since I would be getting off at the first exit, I remained in the outside lane where I could marvel at the distance to the water below. Creeping across the bridge activated my fear of heights. My fingers tapped the steering wheel.
It felt like an eternity before the first exit was in sight. Finally, I was off the interstate with my destination near. Only I turned wrong at the first light and ended back on the freeway! Tension quickly rose as I inched along with traffic to the next exit. Once off, I zipped under freeway anticipating the northbound on-ramp. There wasn’t one. I was headed east into an unknown area. I pulled off on a side street to re-vamp my plan and asked a construction worker how to get on I-5 North. “Turn left at next block and go a mile or so and follow signs.”

“Left! That takes me south.” I would be headed away from my destination!

Eventually, I found the freeway, the correct exit and the convention. Relief. I survived the ordeal and was safely at my destination. Though arriving at the conference didn’t put me at my goal of publishing my book. I talked with several agents and publishers. No one was begging me for the opportunity to publish it. One agent said that if I made some changes she would take another look at it. Yes! On to another “destination.”

Looking back, I realized that morning was much like my life at Blue Skies Services. Sometimes I was on the right track and other times not. Two years ago, I had a destination in mind. I could see it clearly. I wanted to help others who have felt worthless and hopeless, so I helped write a plan to expand the Soup Kitchen. I was part of a board applying for funding to build a transitional housing project where, eventually, I would be able to teach lessons from my book, which by then would be published. I joined the Homeless Coalition for the city, determined to tackle problems in my community. I could see my goals. It would all work out because I was doing it for God.

Two years later and I feel no closer to the dreams I had. It appears I am circling my destination but not arriving.

Again, life imitates my travels. I thought I could predict how each goal in my life would work out. God didn’t agree with my plans. I had to circle around and take another look at what, or maybe why, I was so passionate about each of my endeavors.

I began writing my blogs months ago with enthusiasm. After going to a class on blogging https://thefloridamaids.com, I discovered I had a lot of details that needed improving. So, my blogs stopped. While I work through the changes, they may continue to be sporadic rather than scheduled. I am back on the “interstate,” moving slowly. It may not be a straight path. But I am traveling toward my goal and, with God’s help, I will get to where He wants me to be. The same is true with my volunteer work. I will let God guide how each should go.

What I thought was my destination was only a stepping stone. But that’s a thought for another time. Keep your eye on your dreams, but be flexible to God’s guiding.