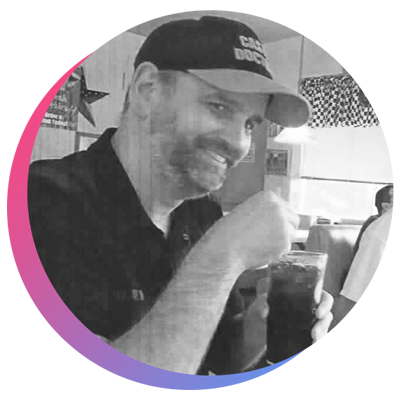 In the last blog I talked about how diversions in our path can shake up our plans. The day I was going in circles trying to find my destination for the conference, also began one of the most painful detours of my life.

That night I returned to my brother and sister-in-law’s house where I was staying, and found out that Leo, my brother, had fallen while unloading his commercial truck. He hit his head and was knocked out. An office worker found him and called 911. He was taken to the hospital and had stitches in his head and given one day off work.
My reaction was very adamant. “You need to go get a CT scan!”

“How long were you unconscious?” I began quizzing him.

“What did they tell you about the concussion?”

“No one mentioned a concussion.”

I was getting very…uh…motherly. “How could you be knocked out and NOT have a concussion. It may be weeks before you feel the effects of that, when the brain swelling starts to go down.” My voice may have gone up some. “You can’t go back to work after only one day. How is that safe?”

Our conversation did drift to other topics. The next morning, I playfully, and seriously, left for my conference with, “You need your head examined.”

Three weeks later I received a phone call to tell me Leo had an accident with his truck and he did not survive his injuries. To the investigators it appeared he was unconscious before the truck left the road. When I learned that his truck drifted off the road, I knew in my heart that it was from his resent head injury.

Natural reactions set in. I wanted someone to blame. I wanted to tell someone “I told you so!” I wanted to go back and change how he was examined. Nothing could be done. As I struggled with finding fault, I realized no one had the power to effect Leo’s life outside of God. Check an affordable service at https://www.katyhousecleaningtx.com/. He had given his life to Christ, who can intervene in human errors. I accepted that God had chosen to take Leo home.

I don’t know the answer to “why now?” Trusting God doesn’t mean that I don’t hurt. It means that I am not bitterly or angerly looking for someone to blame. Leo is with his Lord and that is a great comfort to me at this time. Knowing that he was a good person, doing what he loved, and that he had a large network of people who loved him eases my pain a little. I am proud of the in his mind man my little brother became.

You may be reading this and have never asked Jesus into your life. I would strongly suggest that you do. You may not be concerned about your eternity right now, but you have no hold on tomorrow. Eternity may be sooner than you think. What about the loved ones you leave behind? Would you want them to anguish over losing you to an unknown eternity?
The best way to make the best of your life is by following Jesus.

Life may take many turns, but with Jesus by your side you will have peace in knowing you are not alone. And you won’t miss enjoying forever in heaven.

Ah, Nancey, I am so sorry to hear this. You are very brave, holding back blame. It just seems obvious that someone slipped up somewhere. But, as you say, Go’s timing is perfect.

It’s interesting that my granddaughter is expecting a baby boy any day now, and they’ve decided to name him Leo. A fine, royal name indeed.

Bless you, my friend. Thanks for this uplifting message.

So true, we do not know what tomorrow will bring